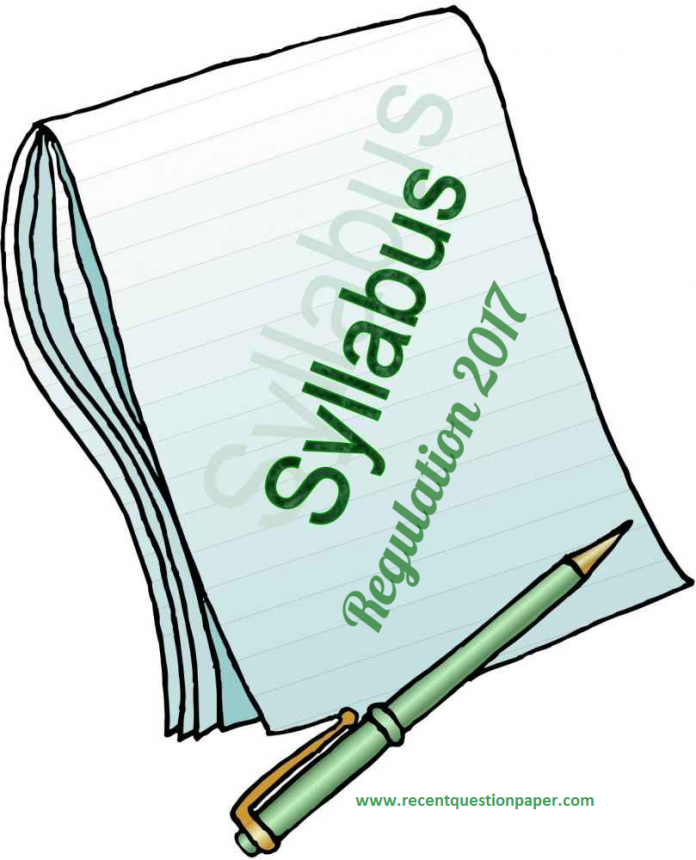 The goal of this course is to achieve conceptual understanding and to retain the best traditions of traditional calculus.   The syllabus is designed to provide the basic tools of calculus mainly for the purpose of modelling the engineering problems mathematically and obtaining solutions. This is a foundation course which mainly deals with topics such as single variable and multivariable calculus and plays an important role in the understanding of science, engineering, economics and computer science, among other disciplines.

Representation of functions – Limit of a function – Continuity – Derivatives – Differentiation rules – Maxima and Minima of functions of one variable.

After completing this course, students should demonstrate competency in the following skills:

ME8501- Metrology and Measurements Syllabus 2017 Regulation

ME8492 KINEMATICS OF MACHINERY Syllabus 2017 Regulation

ABOUT US
Recent Question Paper is your Engineering, arts, banking, public exam question bank website. We provide you with the latest question paper with huge collections of engineering and public questions.
Contact us: info@recentquestionpaper.com
FOLLOW US
© Developed & Managed by www.tdjss143.com